Eva Leu, Akvaplan-niva, is co-author of a newly published article in Frontiers in Marine Science on phytoplankton blooms under the Arctic Ocean sea ice, published as part of a special volume on Pan-Arctic integration of Marine Ecosystem processes (edited by Paul Wassmann, UiT Arctic University of Norway). The authors have used historical scientific studies and contemporary observations methods, autonomous floats and robotic vehicles, to demonstrate that the occurrence of phytoplankton blooms under Arctic Ocean sea ice is much more wide-spread and important than previously assumed.

Until recently, scientists considered the under ice light conditions for too low to facilitate significant primary production. Against the background of the ongoing thinning and decrease of Arctic sea ice, the under-ice production will likely increase in the years to come – but this study highlights how wide-spread the phenomenon of under-ice bloom has been – even half a century ago. The authors furthermore describe different types of under-ice blooms, and how environmental conditions control their occurrence.

This is the first attempt to summarize the current knowledge on under-ice algal blooms on a pan-Arctic scale. The results are very important for correcting/improving models and predictions about past and future primary production, and the Arctic carbon cycle. Also, remote-sensing based studies that estimate Arctic primary production based on surface chl a are missing out this important contribution. Eva Leu’s contribution to this article was funded by the FAABulous project. For more details, see the press releases from the Journal, and from the Universities of Stanford and Manitoba (home affiliations of the lead authors). 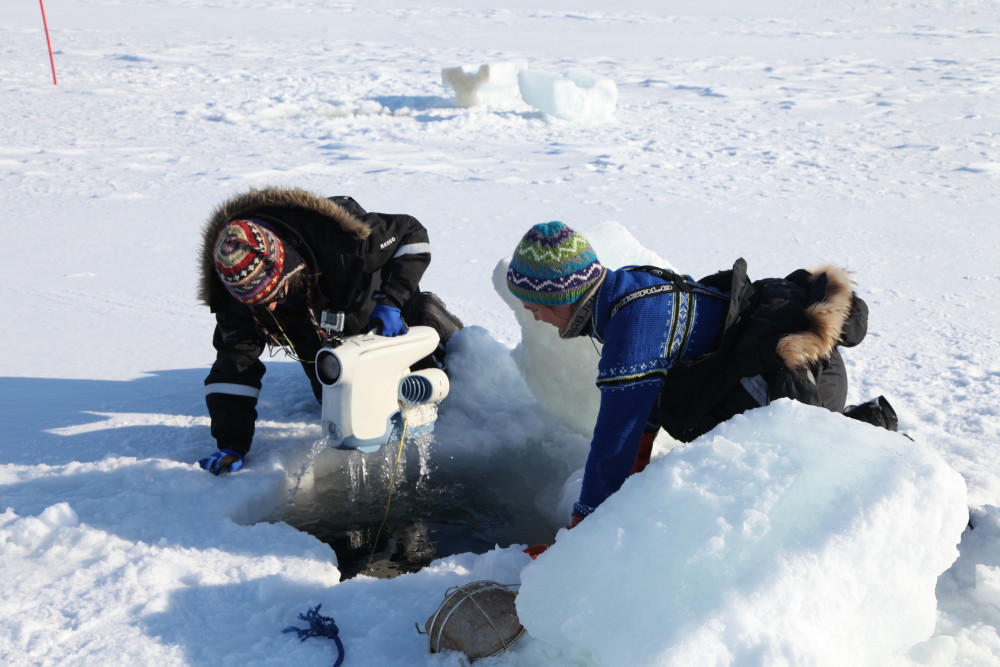 The title of the publication is: Under-Ice Phytoplankton Blooms: Shedding Light on the “Invisible” Part of Arctic Primary Production