Scavenging communities at the seafloor play important roles in recycling organic material and converting it to biomass that is again available to easily enter the food chain. The dynamics of carrion recycling by scavengers has been studies in some detail in deep-sea habitats but has less often been addressed in shallower waters, especially in the Arctic. 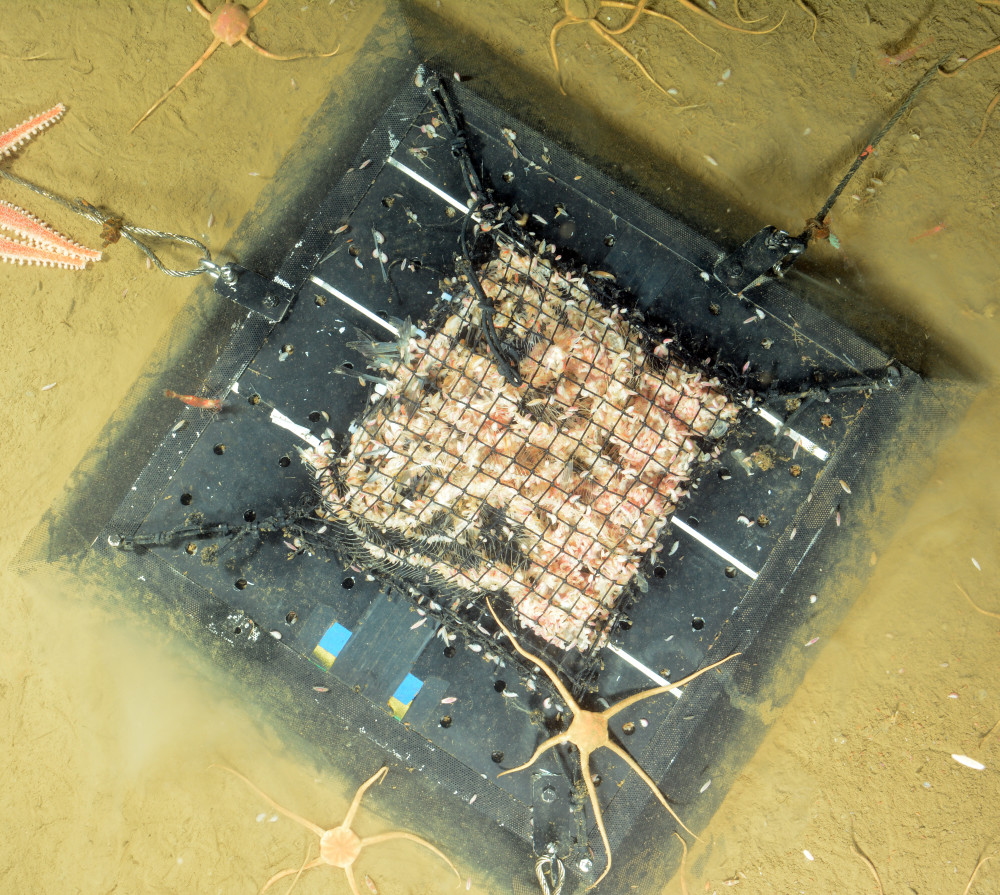 Herring bait (3 kg) reduced to skeletons after 5 hours at the bottom of Rijpfjorden”. (Photo: Kathy Dunlop and Andrew Sweetman

In a recent study published in Polar Biology, former Akvaplan-niva postdoctoral fellow Kathy Dunlop and colleagues show that scavenging in Arctic fjords varies considerably depending on bottom water temperature. Cold (< 0 °C)- water Svalbard fjords exhibit rapid scavenging, with herring bait reduced to skeletons in a matter of hours, whereas warmer water Svalbard fjords have very low scavenging rates. The authors suggest this may be due to the presence of Atlantic cod in warmer fjords, which may have removed many of the dominant crustacean scavengers. Scavenging activities of cod themselves, while not observed in Svalbard, were impressive in Kaldfjorden outside of Tromsø. Recent super-abundances of herring may have conditioned the cod for feeding on carrion in this area.

‘As Atlantic cod continues to spread into Arctic regions, we may see further changes in seafloor communities due to their feeding activities. And the consequences for ecosystem functioning, including recycling of carrion on the seafloor, may also be strongly impacted,’ says Paul Renaud, Research Manager at Akvaplan-niva and co-author on the paper. This project was funded by the Research Council of Norway and the Fram Centre Fjord and Coast Flagship.